This was posted originally on April 2nd 2018.
Hey! If you haven't read the first post in the Diego's Reactivity Story I suggest you open that one in a new tab, read it and then come back for this one. It will all make more sense. Let me just say at the start of this as well, all advice down below was personalised to Diego and I, and is written from my perspective and what I took home from what my dog trainer said. Please don't take anything as gospel but you can use it as you see fit with your own dog. I would always recommend speaking to your own trainer as well. 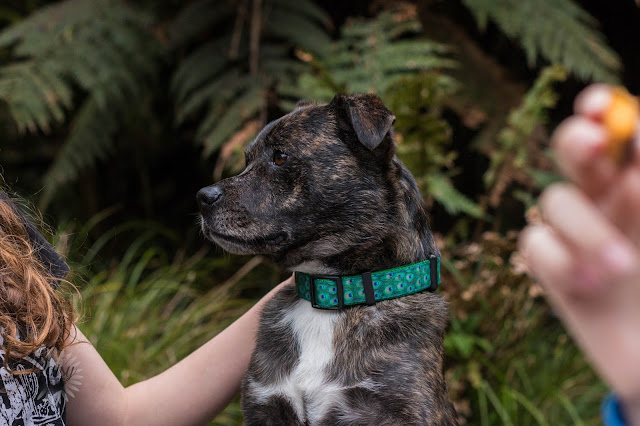 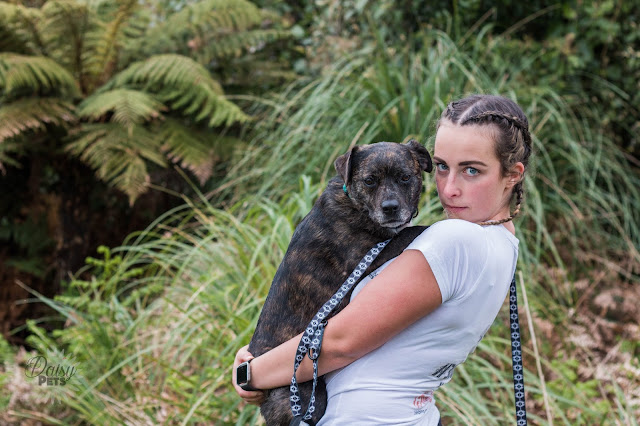 I think the first step for growth is to admit you need to grow. That, I believe, is the hardest part. Admitting that you are not 100% perfect, and to get there you need to adapt, change, and possibly ask for assistance. Admitting you can't do it on your own is both frightening and deeply rewarding, and is something that we all probably need to do more of. As a society I believe we are all scared to admit flaws in case the perfect perception of you, or what you have created to be seen is ruined. I didn't want to admit to Diego's flaws as I believed they were failure. I truly believed that if people knew Diego was not good socially, they would stop caring about my blog, they would stop listening to me for advice. What would I know? My dog just attacks other dogs. That was my honest thought process and is what held me back from admitting to Diego's flaws for so long.

Finally, I got sick of the shame and stigma behind having a reactive dog so I made this post on Facebook. The response was outstanding, so many people understood or coped with exactly with what I was dealing with. People, who I believed, were immaculate dog owners that owned 100% well behaved dogs actually was going through this same thing. Through this post I learnt that having a reactive dog doesn't make you a bad dog owner, and seeking help when needed is what makes you an incredible dog owner. So many people are dealing with reactive dogs, and having to plan their lives/walks around their dog. 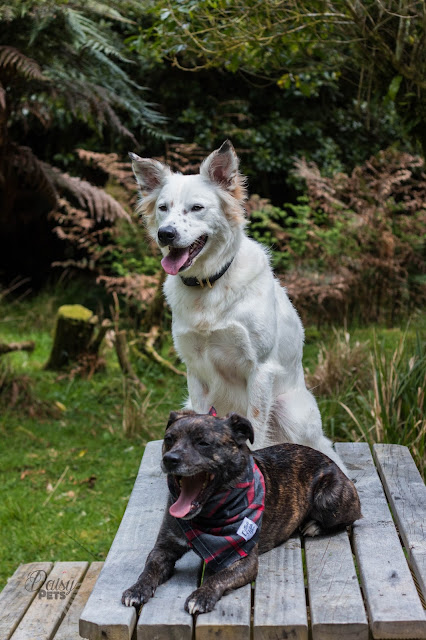 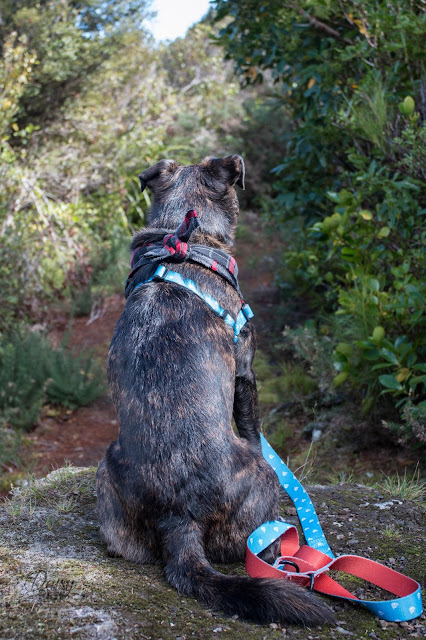 With the amazing support from my readers and people I have come to know as my friends I sought out advice on how to improve Diego's position. I didn't believe, and still don't, that Diego is aggressive. I believe he is reactive and scared and with the right environment and time he could become a more loving dog again. I was lucky enough to be recommended a fantastic dog trainer in Wellington - Lewis Nicholls.

I made an appointment with Lewis for an early Saturday morning and we headed into The Barking Lot where he runs his operation. Lewis sat down with us and let Diego explore the office while we discussed matters. What I really appreciated about this meeting is that Lewis didn't just ask about Diego on walks, he asked about everything to do with Diego. Where does he sleep; what does he eat; how does he behave around children, men, adults, other animals; what are his thoughts on toys. This gave him a broader view of Diego as a whole, and I found it meant that his advice was more likely to be tailored specially to our situation.

It's funny, something you see everyday might not strike you as odd until you have that thing done in a completely different environment. This is what happened with Diego and balls. I know he is obsessed with them, I know he will constantly be trying to push his ball at your leg in hopes of a game and I know he has a fantastic memory of where he or I have placed his ball previously. I never thought of it as an obsessive, bad trait though. It was just Diego. However, seeing it in the space of Lewis' office gave me a realisation, mainly after Lewis pointed it out. Diego is fixated on his toys. If Lewis put them away, Diego would spend ages trying to find a way to get to them. If he put them in a place of view but out of reach, Diego would sit there staring at them. 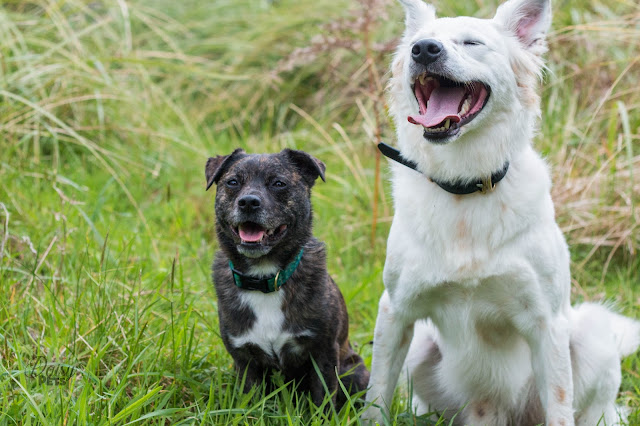 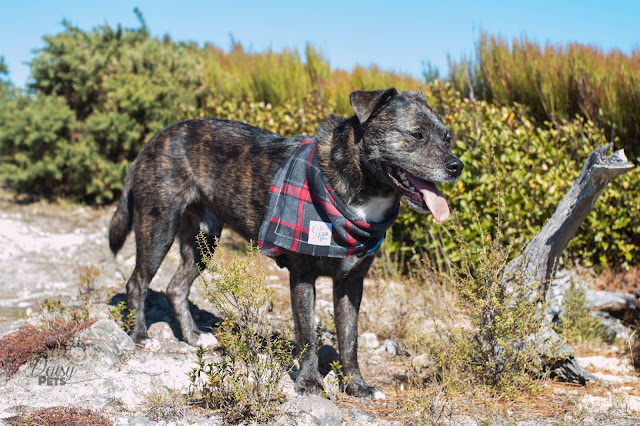 Lewis advised that this showed a fixation trait in Diego, but also a sign of him not being able to relax. This could come out in different ways in his life, including getting over-stressed or hyped around dogs. Lewis said that a good idea would be to start teaching Diego to be able to drop the game/toy when I wanted. Currently I can get him to drop but he will stare at me til I throw the ball again, or will continually nudge the ball to me. Lewis suggested that I teach Diego to stay calm during a game, and once I say it is over, Diego stays in a calm state and will leave the ball alone. Easier said than done I think, but I can see the value in it.

Lewis also advised to keep Diego's attention away from other dogs while out walking. He is hyping himself up too much at the sight of Diego's and therefore is getting into a more reactive mindset. He suggested that by making the sight of a dog mean food or a toy, I will be able to prevent the overreaction he has towards dogs. This would be done by having a dog at a fair distance, that Diego can see, but won't react to. Every time Diego looks at me, he is rewarded with his toy or a treat, until at that distance he learns that in seeing a dog, and looking at me, he will get a treat. Repeat this at this distance until it is an automatic thing, and then slowly increase the distance.

Those are the basics of what I learnt, and what I took from Lewis. As I said at the beginning, this could potentially be all wrong and I misheard or misinterpreted what he said to me. However, this is what we are currently working on and what I find is slowly working. He also advised to limit interactions with dogs that I don't know how Diego will react, and to make sure to keep him interacting with dogs he likes while this process is on-going.

In the next update, I will explain how I have implemented these steps, and how they are currently working for Diego and I. I would love some feedback on what you thought of this update, if you have any advice for me, or any questions I would love to hear them. 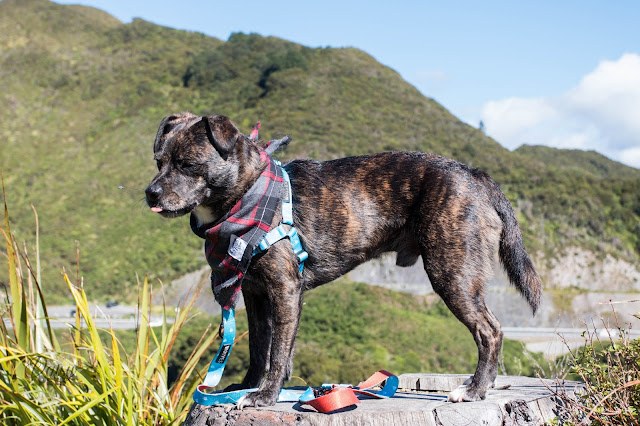